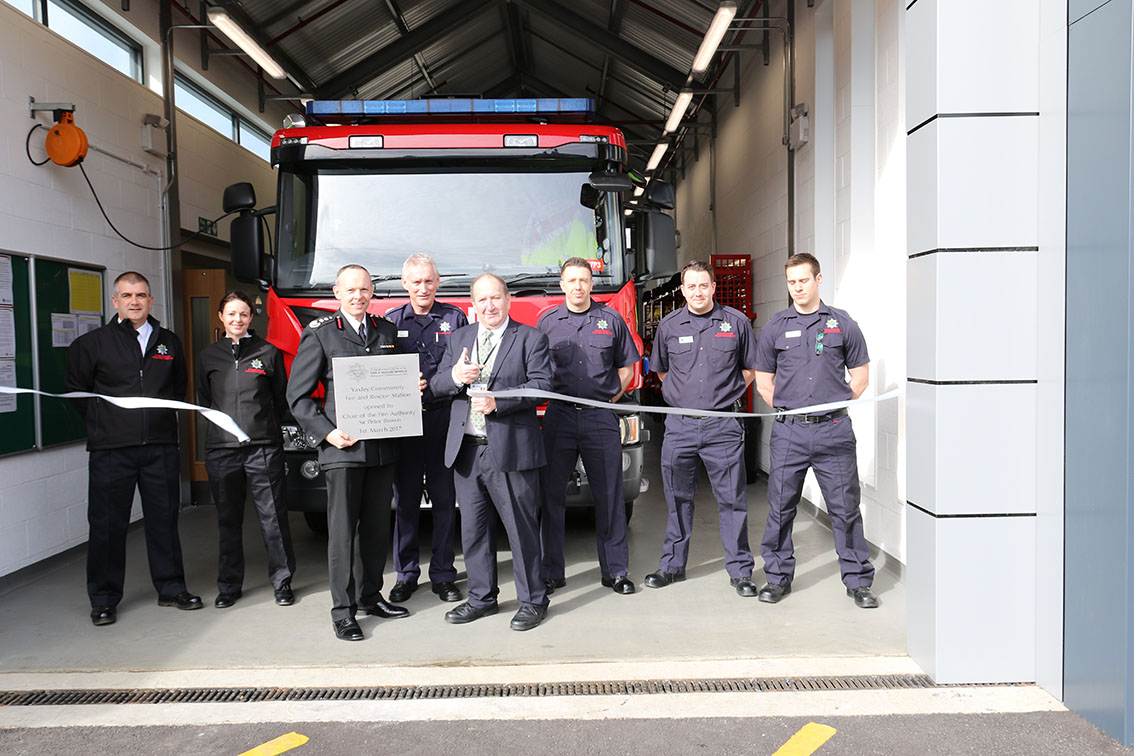 The original station built in 1879 has been sensitively refurbished with a new build element adjoined to it. The station now has a lecture room, office, welfare facilities and bay with space for one fire engine, along with a new smoke house training facility that replaced the old drill tower at the back of the site. Local community groups are able to use the facilities such as the kitchenette and lecture room.

The station is crewed by on-call firefighters who live or work in the village.

Watch Commander John Cox said: “The project was a first for the Service because normally any new work is based around existing architectural plans. However with Yaxley an architect had to design the new part of the building based around the existing station, which is situated on a narrow site as well as built on a slope. The work blends in very nicely with what was there and retains the history of the station.

“I was delighted to be part of the project. I was involved in the development of the site from the planning and development stage, and so were staff, which makes it a very pleasurable working environment and we have now got everything we need.”

This website uses cookies to improve your experience while you navigate through the website. Out of these, the cookies that are categorized as necessary are stored on your browser as they are essential for the working of basic functionalities of the website. We also use third-party cookies that help us analyze and understand how you use this website. These cookies will be stored in your browser only with your consent. You also have the option to opt-out of these cookies. But opting out of some of these cookies may affect your browsing experience.
Necessary Always Enabled
Necessary cookies are absolutely essential for the website to function properly. This category only includes cookies that ensures basic functionalities and security features of the website. These cookies do not store any personal information.
Non-necessary
Any cookies that may not be particularly necessary for the website to function and is used specifically to collect user personal data via analytics, ads, other embedded contents are termed as non-necessary cookies. It is mandatory to procure user consent prior to running these cookies on your website.
SAVE & ACCEPT