The project involved the conversion of an existing 3 storey former warehouse, the demolition of the existing fire station and the construction of a new appliance bay; all while the facility remained fully active.

The new station accommodates 2 fire engines, 7 ambulances and rapid response vehicles and the North West Blood Bikes team. Within the new station there are offices for the station, plus space for The Northern Administration Hub for Lancashire Fire & Rescue. In addition there are training rooms, a gym, dining and social areas, community facilities and study rooms for both fire and ambulance service staff.

The building is located on the site of the existing Fire Station on Cable Street and lies within the City Centre boundary and a flood risk zone. Number 38, the existing warehouse, lies within the Lancaster Conservation Area and there are Listed Buildings in the surrounding area. Thus the building design had to be not only functional but also respond to the sensitive historic surroundings

Externally a new training tower is provided on the south side at the end of the ambulance parking bays, with car parking and new landscaping frontages to soften the appearance of the building. The last phase of the project was completed in September 2018, with excellent reviews form staff, visitors and members of the community.

THE NEW STATION IS BOTH FUNCTIONAL AND ATTRACTIVE. THE BUILDING BLENDS INTO ITS HISTORIC SETTING” 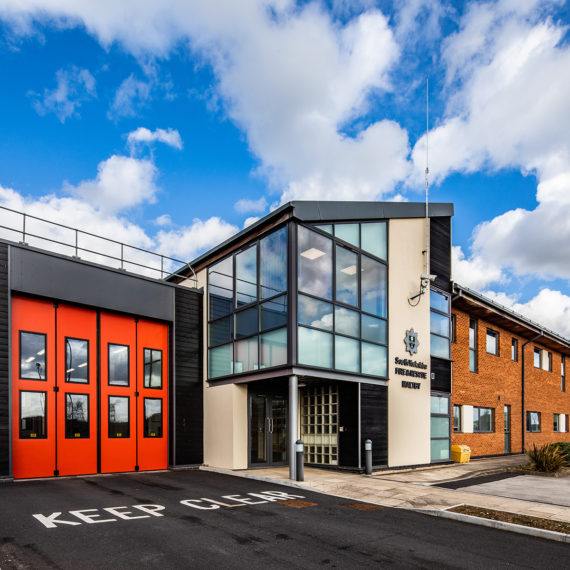 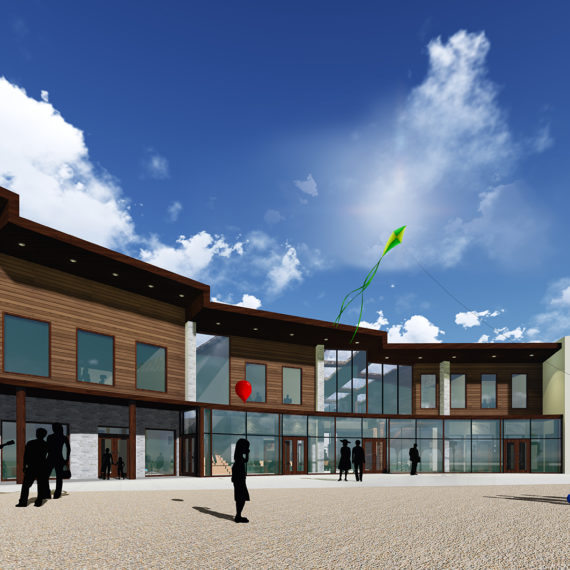 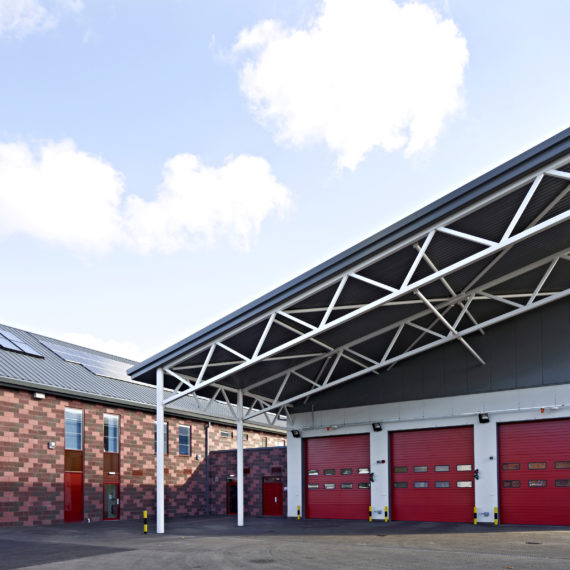 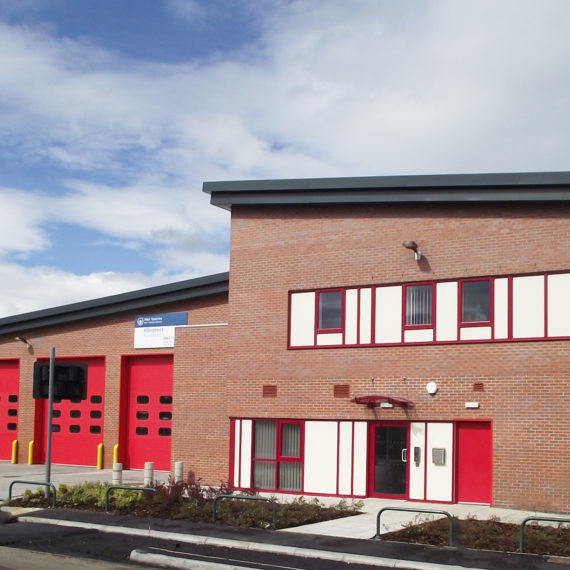